Mostly because, Sweetheart, everyday life is so far from sunshine, beaches and rosé all day – especially if you live in the SF Bay Area. But, more on that later.

I recently returned from two weeks in Greece where I adventured to different parts of the islands of Mykonos and Santorini on the back of an ATV, slept in a lot, read novels on the beach, and frolicked in the glorious sunshine and Agean Sea.  Despite the fact that Greek cuisine is absolutely delicious, my travel partner and I actually skipped a lot of meals to happily prioritize the aforementioned.  But on one of the few days we totally over-ate, we tried this traditional Greek dish that we saw everyone ordering at the restaurant – Argo – we’d been recommended to try during our exploration of Fira.

It was Prawn Saganaki.

The name totally sounds like a Japanese cartoon that features a ninja shrimp as the main protagonist, amiright?  In any case, we became pretty obsessed.  And after the first bite, as expected, my Huckleberry mind was already picking apart how I could create this Greek magic wizardry.  Like, was it only good because we were deluded from drunk-on-vacation vibes with no expectations? 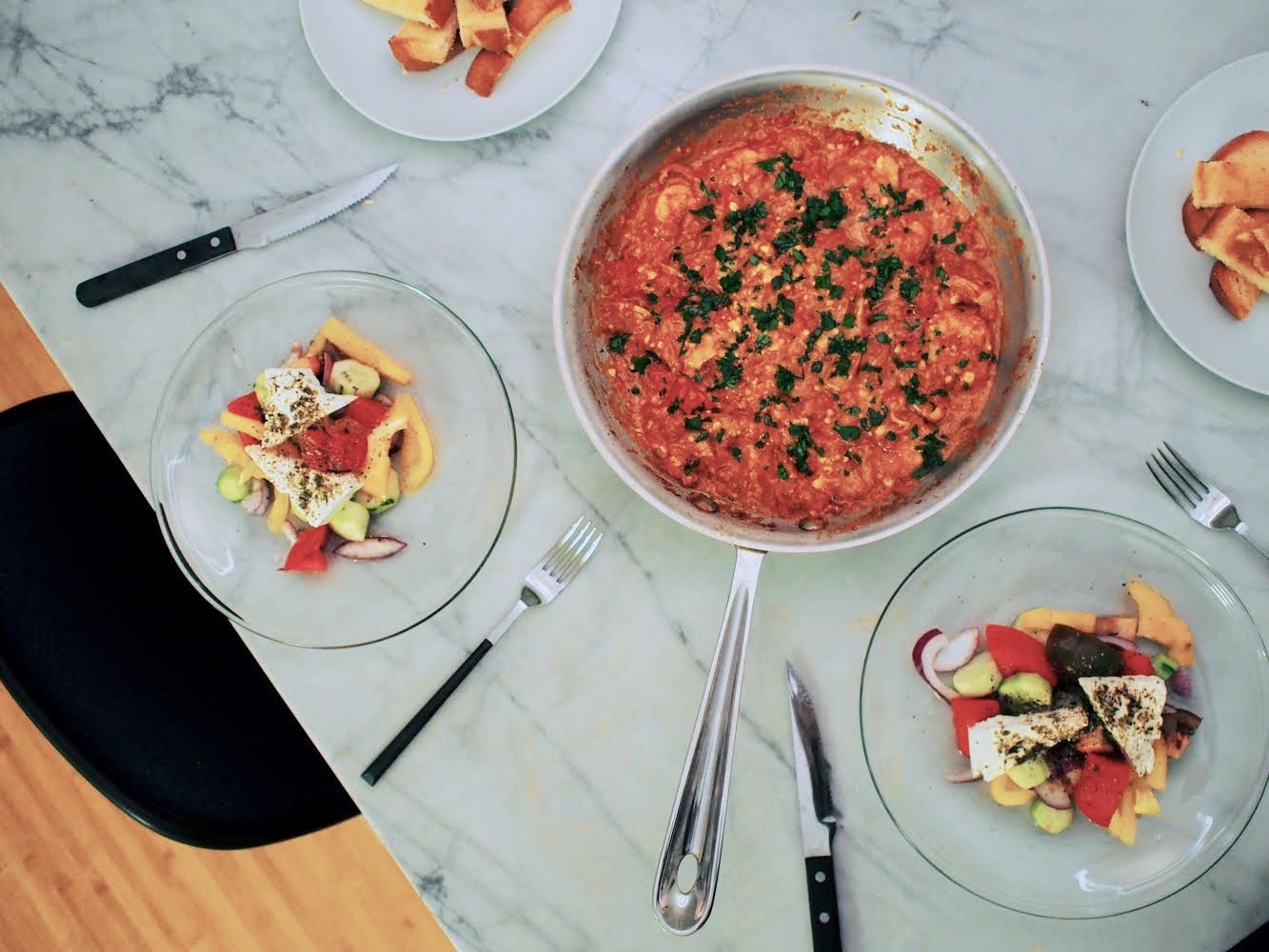 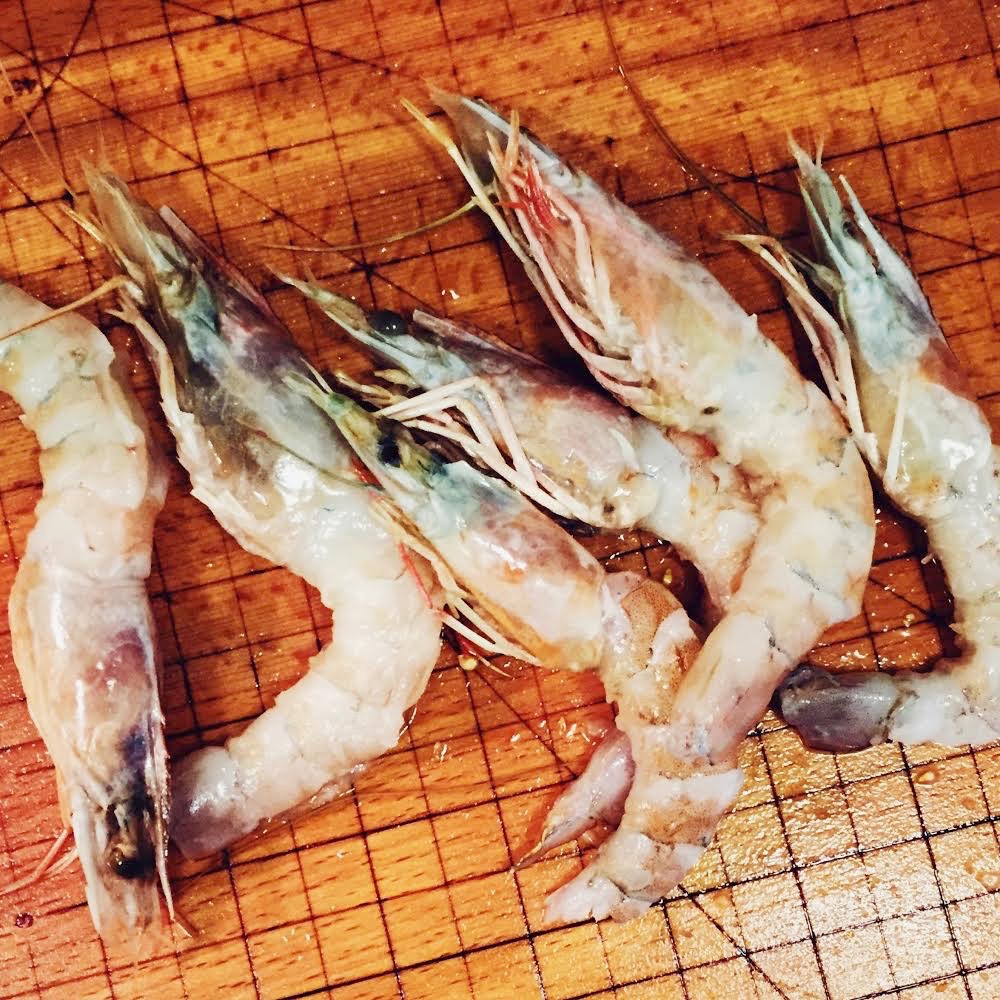 Please note: I’m one of those people who cooks by feelies and to taste (and doesn’t usually measure things much); so most of the following measurements are estimates based upon how much I think I used.  Next time I make this dish, I might update this – but the following should be close!

( ↑ The heads/bodies are super important for a truly prawny base – learnt from my time in Barcelona learning how to make paella ↑ ).

( ↑ Honestly, I think the supplemental shrimp can be of any size you’d like. I like to play with the juxtaposition of textures and things in meals because I’m a mad scientist, but you do you, Babe. ↑ )

Served with some toasted brioche for mopping up all the goodness; though this would pair well with anything! I might try doing a pasta next time. Let me know what you think!

Have you ever made a dish you tried for the first time on a trip?  How did it work out?!

This site uses Akismet to reduce spam. Learn how your comment data is processed.